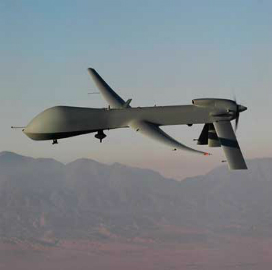 NASA has partnered with Rockwell Collins to conduct a two-phase demonstration of commercial drones being used in national airspace.

First phase of the test will evaluate if an unmanned aerial vehicle can transmit communications to several control towers and the test’s second part will assess data exchange between a single tower and multiple UAVs, Rockwell Collins said Monday.

NASA’s S-3 Viking jet and the University of Iowa’s Bonanza aircraft will serve as UAV surrogates during the airspace integration testing activity.

Rockwell Collins and NASA are slated to hold a media event on Wednesday from 10:45 a.m. at the company’s hangar at the Eastern Iowa Airport.

The company has built a data link waveform technology with the goal of helping industry and the Federal Aviation Administration integrate civil drones safely into airspace.