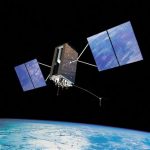 Lt. Gen. John Hyten, vice commander of the Air Force Space Command, believes the Pentagon must reshape how it manages the budget for satellite programs in order to save money, Defense News reported Wednesday.

Marcus Weisgerber writes that Hyten estimates that the department spends from $3 billion to $5 billion to design, build and test military satellites.

“We should not have to spend billions of dollars in non-recurring engineering … to build these kinds of satellites,” he told an audience at the Space and Missile Defense Symposium Tuesday.

He said the Pentagon also needs to clarify its satellite development requirements when seeking industry’s help, according to Weisgerber’s article.

“They should not push the envelope too much,” Hyten told the forum audience.