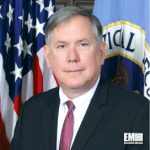 Ledgett held operational, management and technical leadership roles at the NSA since he started his career with the agency in 1988.

As a former director of the NSA/CSS threat operations center, he oversaw the agency’s cryptologic efforts meant to counter cyber threats.

He previously held various roles in both the collection and cyber mission areas in the Office of the Director of National Intelligence between 2010 and 2012.

Ledgett also advised the director of national intelligence on cyber affairs, led development efforts of the Unified Intelligence Strategy for Cyber and coordinated cyber programs across the intelligence community.

Ledgett holds a bachelor’s degree in psychology and a graduate degree in strategic intelligence.