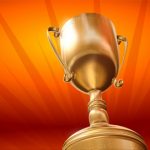 The U.S. Air Force’s Advanced Extremely High Frequency Program is one of the recipients of the Packard award for providing mobile satellite communications, according to the report.

“By purchasing two AEHF satellites together and using comprehensive ‘should-cost’ analysis, this group saved $1.6 billion on its fifth and sixth satellites,” Kendall said.

The Packard award is named after David Packard, former deputy defense secretary and acquisition chief who also served as Hewlett-Packard co-founder and chairman.