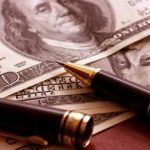 Professional Services Council President and CEO Stan Soloway has written to the Labor Department to call for an update to existing wage determinations under the Services Contract Act.

In a letter sent Monday to Labor Secretary Thomas Perez and David Weil, administrator of DOL’s wage and hour division, Soloway said government contractor wages have not significantly increased in more than six years due to a lack of updates to SCA wage determinations.

“[Revising SCA wage determinations] would be an effective use of existing government tools to address contractor employee wages and would avoid new and potentially costly regulatory requirements on the federal contracting community,” he wrote.

He added that timely updates will also help the government attract and retain a quality workforce.

Soloway also urged DOL to adopt a new method for regular computations and updates of wage determinations under SCA after the Bureau of Labor Statistics stopped production of its Locality Pay Surveys in 2010.