Navy Adm. Michael Rogers, director of the National Security Agency, has told a Senate panel about NSA’s efforts to develop a strategy for the agency’s reorganization amid its evolving mission in foreign intelligence gathering, DoD News reported Friday.

“Our structure reflects a series of changes and choices that have been made over the last 20 years,” Rogers, who also serves as commander of the U.S. Cyber Command, said in his testimony before the Senate Select Committee on Intelligence.

“The last major organizational change at NSA on a wide swath was 1999 or 1998… and I want to make sure we’re optimized to meet the future.”

Rogers cited in his testimony the threat posed by the Islamic State group in Iraq and the Levant and the potential shutdown of the federal government on Thursday as some of the national security challenges NSA currently faces, Cheryl Pellerin writes.

He discussed the involvement of terrorists and organized crime groups in activities such as the use of applications for encrypted communications.

Rogers said NSA is working to apply its experience in international communications, signals intelligence and cybersecurity to gather information on the operations of the IS 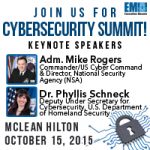 group and other groups that pose national security threats.

“I’ve seen more changes in their behavior in the last two years probably than any other target,” Rogers said of groups such as ISIL and al-Qaida.

“We know that they have achieved a level of insight as to what we do, how we do it, and the capabilities we have that… they didn’t have in the past.”