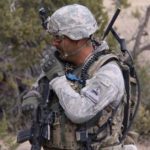 The efforts are part of the service branch’s Expeditionary Force 21, a 10-year plan that seeks to prepare the Marines for crisis response efforts, “hybrid” threats and other contingencies, James Sanborn writes.

Brig. Gen. Roger Turner, director of the Capabilities Development Directorate, told the publication the service branch plans to deploy approximately 1,000 units of PRC-117G tactical radios to each infantry squad in the next four months and portable communications systems to Marine Expeditionary Forces by 2017.

The tactical radios and portable communications networks will work to provide the Marines with command and control capabilities during missions, according to the report.

Sanborn reports the service branch also plans upgrades for its fleet of armored vehicles such as the incorporation of anti-tank missile into Light Armored Vehicle by 2017 and lighter armor and safety components into its Amphibious Assault Vehicle by 2019.