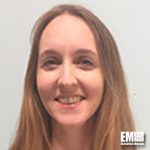 Stephanie Devaney serves as the project manager for the Precision Medicine Initiative of the White House’s Office of the Chief of Staff and helps coordinate the program’s components.

Devaney was previously as a science policy analyst in the Office of the Director at the National Institutes of Health, where she helped to develop research programs such as the Precision Medicine Initiative.

She also served as a staff policy researcher at the Genetics and Public Policy Center at Johns Hopkins University, where she conducted studies on pharmacogenetics and drug labeling technologies, as well as analyzed non-invasive fetal gender genetic tests.

Devaney earned a bachelor’s degree in biology from the Ohio State University and a doctor in philosophy in molecular genetics from the George Washington University.