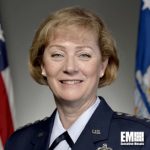 The Defense Contract Management Agency is in the process of hiring personnel for its network of “centers of excellence” that aim to give procurement and contracting officers guidance on what constitutes as a commercial item versus a non-commercial product, DCMA’s director has told ExecutiveGov.

Air Force Lt. Gen. Wendy Masiello, who has served as director since May 2014, said DCMA has one center up and running in St. Augustine, Florida and listed five other future locations for the network as Boston, Denver, Indianapolis, Philadelphia and Phoenix to continue the agency’s push toward hubs with expertise in commercial items.

Each center will house teams with pricing experts and engineers with knowledge in areas such as avionics, engines, ship tools and requirements and also carry out studies in those particular segments.

“If we can centralize their understanding in those concentration areas we can mature the process and move it along quickly,” Masiello said.

“As we centralize these centers it allows us to advise our procurement contracting officers as to what is a commercial vs non-commercial item by having better understanding in the way Congress is asking us to.”

Advanced agreements with commercial companies are another facet of DCMA’s push to stand up the network and help businesses that work with the Defense Department and its components not only determine items that are commercial but also develop a common understanding between DoD and industry, she said.

ExecutiveGov spoke to Masiello ahead of her keynote address Thursday to the “Federal Procurement and Acquisitions” event hosted by the Potomac Officers Club, which is owned by this website’s parent company.

As DCMA director, Masiello oversees the work of more than 11,900 civilian and uniformed military personnel based around the world to perform contract management responsibilities over more than 20,000 contractors and around $223 billion in unliquidated obligations.

DCMA’s major focus in commercial item determinations will be transparency between industry and DoD as stakeholders are learning together how to determine commercial versus non-commercial items, Masiello told ExecutiveGov.

“The better we can be educated in how the commercial item market designs and produces items and the partnerships they form, we can more rapidly shape how the government looks at that information,” she said.

“Partnering with us and helping educate us in that process is important for DCMA and it will be a win-win if we can break down those barriers.”