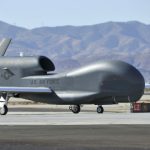 “I think the similarities and the cross talk is going to continue but we kind of have different mission sets, so we can design systems for those mission sets,” Carlisle told Air Force Times.

Carlisle said the Gray Eagle and MQ-1 Predator have close similarities in terms of operation and added the MQ-1 Predator will be retired in 2016 and 2017, Air Force Times reports.

Swarts writes a report from the Government Accountability Office on collaboration between military services for unmanned platform training formed the basis for senators’ questions.