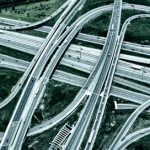 He wrote in a blog entry posted Tuesday the majority of that money would go to large-scale  innovation grant programs under DOT’s 21st Century Regions Initiative.

“A >$10 billion per year USDOT investment related to the 21CRI will flow to vendors on the state and local level through local contracts funded by grants,” he noted.

“Those vendors will build the IoT infrastructure that sends data back to DOT agencies.”

He added the Federal Highway Administration issued a request for information on commercial cloud computing technology that works to analyze big data.