Veterans Affairs Secretary Robert McDonald and Deputy Secretary Sloan Gibson have highlighted VA’s ongoing efforts to transform its healthcare system during a meeting with the Commission on Care in Washington, The Christian Science Monitor reported Tuesday.

Ben Thompson writes the MacDonald and Gibson told the commission that 90 percent of veterans who responded to a survey said they are “satisfied” or “completely satisfied” with the length of waiting time at VA hospitals.

However, a new Government Accountability Office report says the current VA system does not address the primary care needs of all newly enrolled veterans, according to Thompson’s article.

He informed the panel that VA also seeks budget flexibility from Congress to implement other healthcare transformation measures.

“We can change the system if we get the legislation we need… but getting someone [in Congress] to work on the future has been difficult,” he added, according to Military Times. 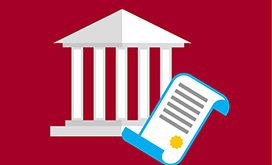 The House has voted 359-57 to pass a continuing resolution in a push to prevent a government shutdown at the start of the next fiscal year in October. The stopgap bill extends federal agencies’ funding through Dec. 11th and covers provisions related to continuing COVID-19 response programs including food-stamp initiatives and childcare efforts.