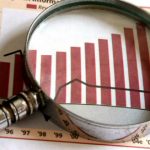 The Federal Trade Commission and the Justice Department have pledged to continue to work with the Defense Department to ensure that planned mergers and acquisitions in the defense industry will not impair competition among contractors.

“Our mission in reviewing proposed defense industry consolidation is to ensure that our military continues to receive the most effective and innovative products at competitive prices in both the short- and long-term,” Bill Baer, assistant attorney general of DOJ’s antitrust division said Tuesday.

DOJ and FTC said in a joint statement published Tuesday they rely on the Pentagon to help review potential impacts of contractor mergers, teaming agreements and joint ventures on the department’s ability to carry out national security missions.

Both agencies use an analytical framework found in the DOJ/FTC 2010 Horizontal Merger Guidelines document to evaluate antitrust aspects of M&A deals and believe the current system for oversight of transactions between defense companies is “sufficiently flexible.”

The joint statement comes nearly six months after Pentagon acquisitions chief Frank Kendall told CNBC he is concerned that a wave of consolidation in the defense sector will leave the department with a few large vendors to purchase technology from.

In that interview, he said he believes market competition should be considered a tool for DoD’s national security programs.

“I’m working with my staff, and I’m working with Congress, and I’ll be making some recommendations to Congress about what they might do along those lines,” Kendall said to the business channel.