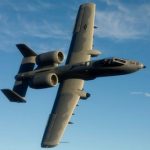 A U.S. Air Force official has said the service branch is in the process of drafting the requirements document for an aircraft designed to replace the A-10 Warthog for use in close-air support missions, Defense News reported Thursday.

Lara Seligman writes Lt. Gen. Mike Holmes, Air Force’s deputy chief of staff for strategic plans and requirements, told reporters Thursday that the document will be handed over to Gen. Mark Welsh, chief of staff of the Air Force, by spring of 2016 for evaluation.

“It’ll go to the chief sometime this spring and let the chief shape it, he’s our chief requirements officer also in the Air Force, and then we’ll fold that into the larger study we’re doing on the future of the combat air forces,” Holmes said.

Holmes noted that the service branch will consider the development of a new A-X aircraft, extension of the A-10 program and use of existing planes as possible alternatives to meet the CAS requirement.

AT-6, A-29 Super Tucano and the Textron AirLand-built Scorpion are some of the planes which Holmes said could help the military branch support CAS operations, according to the report.