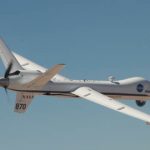 The U.S. Army has tested a radar-based system for unmanned aerial vehicles at at Dugway Proving Ground in Utah as part of an effort to help military operators fly UAS in civilian airspace.

The Army’s project manager of unmanned aircraft systems led the testing and two Gray Eagles were positioned on a collision course to assess the ground-based sense-and-avoid system and maintain its skills, the Army said Tuesday.

“Today, there is a growing list of UAS units in the states, returned from combat deployments, that need to safely maintain their skills,” test lead John Innes said.

The new system provides a traffic display of other aircraft near the unmanned craft and notifies the operator of potential danger.

A human ground based operator tracked the system health, warnings and aircraft positions through the traffic display and alerted the aircraft operator to potential hazards during the exercise.

Operators will conduct the last phase of tests for GBSAA in the fal as the Army expects changes within the system due to ongoing development efforts, Innes said.