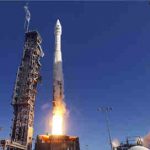 GAO said in a report released Friday DoD has started to collect and analyze data on predicted demand for space launch services worldwide as part of the acquisition strategy development effort.

The agency said 22 of the 86 space launches worldwide in 2015 were commercial launches.

According to the report, the U.S. Air Force has begun to subject launch contracts to competition under the EELV program.

The service branch awarded Orbital ATK and SpaceX “other transaction” agreements in January to develop propulsion systems as alternative for the Russian-built RD-180 engine under the EELV initiative.

GAO noted that it also examined how DoD considers commercial, civil government and national security launches in the development of the acquisition strategy for the EELV program and looked at how foreign governments promote competition among satellite launch providers.

The report also contains an analysis on the type of support that international launch providers get from foreign governments, the congressional audit agency added.