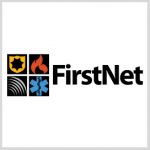 The Commerce Department said Thursday Johnson, Takai and Swenson will continue on the board through another three-year period while Swenson will have an additional two years as chairperson of the FirstNet board after their current terms expire Aug. 20.

“We are fortunate to have the service of individuals who bring a unique set of skills to the board as it guides FirstNet in its important work,” said Pritzker.

“Their experience is essential as FirstNet moves closer toward launching a nationwide broadband network that will provide first responders with the 21st-century tools they need to save lives.”

FirstNet operates as an independent authority within the Commerce Department’s National Telecommunications and Information Administration that formed in response to the Middle Class Tax Relief and Job Creation Act of 2012 and works to develop, build and operate a nationwide wireless public safety broadband network.

The FirstNet board includes the Department of Homeland Security secretary, the U.S. attorney general and the director of the Office of Management and Budget as permanent members.