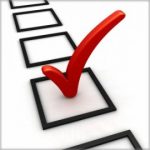 The Office of Personnel Management has released the results of an agency-level survey administered to 407,789 federal employees that represented 80 agencies on a data visualization dashboard called UnlockTalent.gov.

Government-wide employee engagement and global satisfaction indices have increased by 1 percent for the second consecutive year and 401 bureaus out of 587 federal government components tallied higher levels of employee engagement.