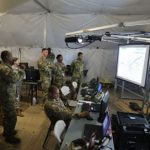 Joe Gould writes DoD Comptroller Mike McCord issued an Aug. 29 notice to inform Congress of the Pentagon’s plans to transfer the funds to a research, test and evaluation budget from a technology analysis account to facilitate detection of cyber vulnerabilities in weapon systems.

The fiscal year 2016 defense policy allocates $200 million to fund DoD’s efforts to assess network threats in weapon systems and requires the department to submit a report to Congress by the end of 2019, Gould reports.

Jacquelyn Schneider, a scholar at George Washington University, said in a report published by the Center for New American Security, that weapon systems built in the past two decades are vulnerable to cyber attacks since such platforms rely on digital satellite communications, blue force trackers, GPS networks and network targeting data, according to the report.

The report said the Distributed Common Ground System-Army and the Lockheed Martin-built F-35 Lightning II aircraft are some of the military platforms that depend on digital systems.