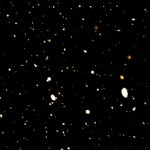 A National Institute of Standards and Technology-led research team has obtained a patent from the U.S. Patent and Trademark Office for a device built to detect individual photons of light in an effort to address sensing and encryption challenges.

NIST said Thursday the method for single photon detection works to read signals from the detector in a process that is based on electronic interferometry, where waves combine to cancel out each other.

The agency believes the method could allow higher rates of transmission of encrypted electronic information and improved detection of greenhouse gases in the atmosphere.

“Single-photon detectors are useful for sensing the presence of some greenhouse gases in the atmosphere by sending a laser pulse into the air and seeing when photons come back,” said NIST physicist Josh Bienfang.

“Fast-gated detectors are great for this because they can count efficiently and at high rates, but they are only sensitive during the gates because, of course, the returned photons can arrive at any time,” Bienfang added.

NIST collaborated with scientists at the California Institute of Technology and the University of Maryland to develop the method that detects photons that arrive when the so-called gates – created when the detector is activated for very short times – are either opened or closed.