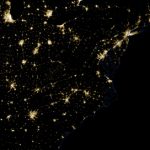 The summit was intended to raise awareness on the challenges facing organizations to protect autonomous platforms, infrastructure and Internet of Things-based devices, McAuliffe’s office said in August.

Moran described the approach as significant due to the large number of strategic federal and military assets in the state, the report says.

Moran said Virginia and the Department of Homeland Security have launched a program to raise cybersecurity awareness and assess computer defense structures around water and wastewater groups, Daily Press reports.