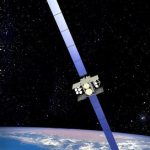 A U.S. Air Force satellite communications official has said the Defense Department believes in the role of allied countries in the development and operation of military satcom systems and in efforts to achieve “resilience” in satcom operations, Space News reported Thursday.

“If we can move between our own milsatcom capabilities, commercial capabilities and allied capabilities, it makes it difficult for our adversaries to know where we are,” Ryals told event attendees.

Ryals noted that DoD asked 16 allied nations to participate in the Wideband Analysis of Alternatives that seeks to address a possible shortage in wideband capacity and that approximately eight of those invited international partners said they would take part in the analysis, de Selding reports.