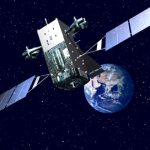 The U.S. Air Force has cleared the launch of a third Lockheed Martin-developed missile warning satellite that was originally slated to lift off in October, Space News reported Tuesday.

Phillip Swarts writes the branch’s Space and Missile Systems Center signed off on the Space Based Infrared System satellite launch after an investigation into the SBIRS engine.

“The safety of our national security space assets is a top priority and the entire investigation team was thoroughly committed to getting this right,” said Samuel Greaves, Space and Missile Systems Center commander.

“The investigation team used modern diagnostics to assess the health of the SBIRS GEO Flight-3 LAE, and we determined it does not exhibit any of the anomalous behavior experienced on the failed component from the non-SBIRS satellite.”

The Air Force has also signed off on an update to the company’s SBIRS ground control system designed to collect data from other satellites in elliptical orbits.