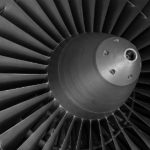 U.S. Air Force officials have said the service branch is close to a decision on whether to replace the engines of Boeing-built B-52 Stratofortress bomber aircraft, Defense News reported Monday.

James Noetzel, deputy chief of the B-52 weapon system team, said the service branch’s acquisition arm has started to look for options on how to fund the engine replacement effort.

The military branch also has released two requests for information to seek technical and performance data from engine manufacturers, the report added.