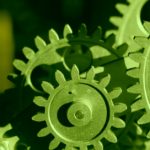 The Government Accountability Office has found that the workload of depots run by U.S.  military branches fluctuated from fiscal year 2012 through fiscal 2015 and that reduced funding levels affected depot maintenance previously planned for FY 2013 to future years.

The audit agency also gathered data on capital investment, personnel and workload through interviews with military leaders and questionnaire responses collected from all 17 depots.

GAO found that the U.S. Army and Marine Corps reduced the workload at their respective depots between FY 2012 and FY 2015 due to a decrease in ground combat operations for both service branches.

U.S. Air Force officials predicted the workload hours of the branch’s depots will increase to support repairs on new platforms such as the F-35 and KC-46 aircraft.

GAO added that U.S. Navy depot workloads have generally risen throughout the period and will continue to increase as the branch works to address maintenance backlogs accumulated from over a decade’s worth of workloads at an accelerated operations tempo.

The agency said the largest decrease in military depot maintenance workload happened in FY 2013 due to sequestration.