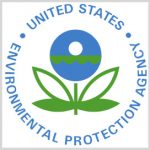 The Environmental Protection Agency will maintain its hiring freeze and plans to offer buyouts and an early retirement program to motivate employees to leave, according to an internal memorandum obtained by Government Executive.

Other specifics of the plan were not made clear in the memo sent by acting Deputy administrator Mike Flynn. The agency plans to complete the buyout program by Sept. 30, the end of fiscal year 2017.

The Office of Management and Budget has said that Federal agencies must come up with both short and long-term plans to reduce staff.

The Trump administration’s 2018 budget proposes a reduction in the EPA’s workforce by 25 percent, or approximately 3,200 employees, and a budget cut of 31 percent. Since 2010, the EPA’s budget has been cut 20 percent.

A March 2017 inspector general report found that the EPA’s 2014 early-out and buyout programs had aided workforce restructuring goals, and that there was value in further restructuring. With approval of the U.S. Office of Personnel Management (OPM,) federal agencies can temporarily lower the age and service requirements to increase the number of employees eligible for retirement from the federal government and grant buyouts of up to $25,000 per employee as an incentive to voluntarily leave the federal government.