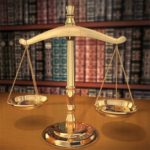 Carrie Johnson writes McCord told her staff in a written message that she will leave the department “to pursue new career opportunities.”

The report said McCord leads DOJ’s investigation into allegations of Russian interference in the 2016 U.S. presidential election and has held various leadership roles in the department’s national security unit over the past three years.

She previously served as criminal division chief at the U.S. Attorney’s Office for the District of Columbia, where she oversaw the prosecution of criminal matters in federal district court.

McCord also supervised cases in the U.S. and District of Columbia Courts of Appeals as deputy chief in the Appellate Division.