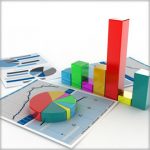 The Government Accountability Office has found that the federal government recorded approximately $144 billion in improper payments in fiscal 2016.

GAO said in a report published Wednesday the figure was linked to 112 federal programs across 22 agencies and those programs include Medicare, Medicaid and earned income tax credit.

Medicare-related programs such as Part D and Medicare Advantage accounted for approximately $59.7 billion in improper payments, followed by Medicaid at $36.3 billion.

The congressional watchdog also found that the government reported approximately $4.3 billion in fiscal 2015 spending on more than 640,000 vehicles that are either owned or leased by agencies.