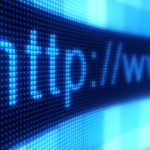 Leaders of Group of Seven member states have issued a joint declaration that calls for social networking sites and internet companies to stem the spread of terror propaganda, the Associated Press reported Friday.

State leaders signed the declaration Friday during the G7 Summit in Sicily, Italy, days after the Islamic State militant group-related suicide bombing attack in Manchester, England, that resulted in the death of 22 individuals.