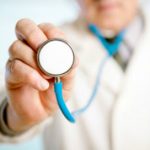 The departments of Veterans Affairs and Energy have partnered to analyze big data from the VA and other federal sources as they optimize healthcare for veterans and other citizens.

The VA-DOE Big Data Science Initiative will explore digital health and genomic data to support the development of treatments and preventive strategies in areas such as suicide prevention, cancer and heart disease, the VA said Monday.

The partnership will operate within DoE’s National Laboratory system and use the department’s big data, artificial intelligence and high-performance computing technologies.

VA Secretary David Shulkin said the initiative looks to give thousands of researchers access to the resulting data resource in a secure environment.

Shulkin added that the VA has developed health data trend information from approximately 24 million veterans who used the VA for healthcare in the past two decades.

MVP has enrolled more than 560,000 veteran volunteers who provided DNA samples, answered surveys about their health, lifestyle and military experiences, and allowed access to their electronic health records to support research.

Other planned projects include the creation of algorithms to generate personalized suicide risk scores, a prostate cancer study, and research into potential predictors of certain forms of cardiovascular disease.

The VA-DOE program will also use health data from the Defense Department, Centers for Medicare and Medicaid Services and the Center for Disease Control‘s National Death Index.