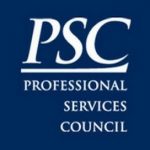 The Professional Services Council has urged leaders of the Senate Homeland Security and Government Affairs Committee to mark up a bipartisan bill that would establish a source of funds for federal agencies’ information technology modernization efforts.

Sens. Steve Daines (R-Montana), Jerry Moran (R-Kansas), Tom Udall (D-New Mexico) and Mark Warner (D-Virginia) introduced the upper chamber’s version of MGT Act in April while the House of Representatives approved its version of the bill through a voice vote held in May.