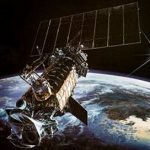 The U.S. Air Force has announced that the Defense Meteorological Satellite Program Flight 19 will conclude its transmission of weather data to Defense Department and civilian agencies following a three-year operational service.

The service branch said Thursday DMSP F-19 experienced a power failure within its command-and-control system in February 2016 and has since failed to provide full orbit weather imagery for the 557th Weather Wing and the U.S. Navy‘s Fleet Numerical Meteorology and Oceanography Center.

DMSP’s operations team has remained in contact with the satellite and continued to observe telemetry since the 2016 incident, but the team noted that the satellite will begin to tumble once it loses attitude control then begin to deplete the power system and cease all transmissions.

The Air Force said it expects the tumble of DMSP F-19 to begin late next month and that the Joint Space Operations Center will monitor the satellite and offer conjunction warnings as necessary.

A coalition of mission partners from the National Oceanic and Atmospheric Administration Office of Satellite and Product Operations and the 50th Operations Group Detachment 1 operates the remainder of the DMSP constellation that works to deliver atmospheric and weather data.