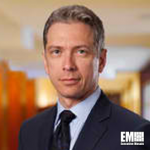 Andrei Iancu, managing partner at law firm Irell & Manella, will be nominated by President Donald Trump to serve as director of the U.S. Patent and Trademark Office.

President Trump also intends to nominate Iancu as undersecretary for intellectual property at the Commerce Department.

Iancu previously advised plaintiffs and defendants from various industries as well as appeared in front of multiple agencies such as the PTO, U.S. International Trade Commission, U.S. district courts and the Court of Appeals for the Federal Circuit as a legal representative.

He also taught patent law at the University of California, Los Angeles, where he earned his bachelor’s degree in aerospace engineering as well as master’s and juris doctorate degrees in mechanical engineering.

Iancu also worked for Hughes Aircraft as an engineer before he went to law school.

If confirmed, he will succeed former USPTO Director Michelle Lee, who stepped down in June after five years at the agency.