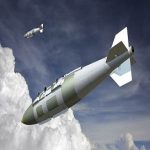 The U.S. Army is exploring new approaches to procure lightweight precision munitions that can integrate with unmanned aircraft systems as the service branch faces a shortage of weapons and equipment for theater operations, Defense News reported Saturday.

The report said the Army also seeks to increase its munitions stockpile and inventory through the development of cheaper long-range precision-guided missiles.

“There’s already been some industry involvement in terms of people coming forward.”

“We will try and review all of those again, narrow it down to the vendors where we think the level of risk is close enough that it may be doable on the kind of rapid timeline that we want to have.”

The Army solicited white papers from industry in February to gather information on precision munitions the branch can use in conjunction with Gray Eagle UAS.