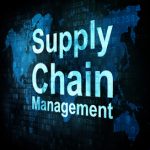 The Government Accountability Office has called on the Defense Department to provide complete information on risks associated with the procurement of certain materials from only one source of supply.

GAO said in a report published Thursday that DoD’s 2016 report on single sources of supply did not include two of four elements that the Senate mandated, as well as other information that could provide further understanding of potential risks.

The DoD report includes information on major defense acquisition programs and equipment delivered by each single source of supply, but leaves out implementation plans, timelines for risk mitigation measures and information on the possible impact of the loss of suppliers.

GAO noted that incomplete information on critical suppliers may cause a lack of awareness among Congress and DoD leaders on the potential risks and effects posed by the loss of single sources of supply for weapon systems.

Auditors interviewed DoD program officials who claimed they were not familiar with DoD’s 2016 report and did not have information on single-supplier parts that are deemed most critical.

DOD has launched an initiative to provide information on the loss of suppliers and to address such risks, dubbed the Diminishing Manufacturing Sources and Material Shortages program, but its implementation varies at program offices that GAO studied.

GAO recommended DoD to completely report information on risk mitigation plans and timeframes as well as potential effects of losses to decision makers.