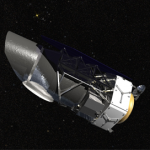 A NASA-established independent review board has released a report saying the Wide-Field Infrared Survey Telescope mission is “not executable” without additional resources and modifications to the spacecraft, Space News reported Sunday.

The WFIRST Independent External Technical/Management/Cost Review panel said in a 65-page report released Wednesday that changes to the WFIRST project resulted in technical and cost difficulties.

NASA’s headquarters made three decisions “that set the stage for an approach and mission system concept that is more complex than probably anticipated from the point of view of scope, complexity, and the concomitant risks of implementation,” the report noted.

Those decisions include the use of a hybrid acquisition strategy, addition of a coronograph and related science investigation groups and adoption of 2.4-meter telescope components.

The WIETR committee also found that the WFIRST mission would now cost $3.93 billion at a confidence level of 70 percent with threats and would need $250 to 300 million in additional funds to achieve the Class A risk classification status for the mission.

Thomas Zurbuchen, associate administrator for science at NASA, said in a memo that the coronagraph instrument – CGI – should be reclassified as a technology demonstration tool in order to reduce costs and achieve the cost target of $3.2 billion.

The WIETR report added that CGI’s removal from WFIRST would potentially result in approximately $400 million in savings and reach the cost cap of $3.2 billion.