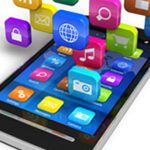 Congress has passed a bill that would mandate federal agencies to make all public-facing government websites accessible through the use of mobile devices.

The Connected Government Act was approved by senators five weeks after the legislation was cleared by House lawmakers, according to an article published Friday on Rep. Robin Kelly’s (D-Illinois) website.

“We have a responsibility to keep pace with technological innovation and make it easy for citizens to engage with their government,” said Kelly, the bill’s sponsor.

She added the bill aims to increase the online government service accessibility for people in urban, suburban and rural locations across the U.S.

The Information Technology and Innovation Foundation found during a study that more than 40 percent of agency websites, such as federal student aid application and government contract bidding portals, are not designed as “mobile-friendly.”

The Congressional Budget Office reported that the bill, which awaits the president’s signature, will not have a significant impact on taxpayers.