Mike Pence: US to Establish Embassy in Jerusalem 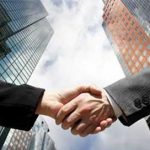 U.S. Vice President Mike Pence has said the country will establish an embassy in Jerusalem, Israel before 2020, years earlier than what was previously predicted, National Republic Radio reported Monday.

Pence announced the decision to establish a U.S. embassy in Jerusalem during a speech before the Israeli parliament known as the Knesset.

U.S. President Donald Trump previously announced the country recognizes Jerusalem as Israel’s capital and will look to establish a new embassy in the city.

Rex Tillerson, U.S. State Secretary, predicted in December the establishment of an embassy in Jerusalem would take at least three years and senior White House leaders noted the current embassy cannot be transferred to an existing facility in the city.

Israeli lawmakers applauded the decision to establish a U.S. embassy in Jerusalem, but Israeli Arab lawmakers and Palestinian leaders lambasted the decision which impacts a long-running conflict regarding control of the city.

Pence also said the U.S. would support a two-state approach which covers the establishment of an independent Palestine beside the state of Israel.