The Defense Department has ordered an eight-week suspension on the deployment of its commercial electronic health records system as the agency works to evaluate and address workflow issues and other concerns related to the platform’s implementation, Nextgov reported Tuesday.

David Norley, a spokesperson for the Defense Healthcare Management System, told Nextgov that DoD has received approximately 17,000 “trouble tickets” from health care professionals and other users at four test sites that piloted the MHS Genesis system and 11,000 of them have already been addressed.

“The purpose of our test phase is finding things we need to make adjustments on,” Norley said.

He noted that Pentagon officials will meet in late spring of 2018 to discuss whether the EHR system is ready for full roll-out and that he does not expect the temporary suspension to impact the department’s goal to complete the platform’s deployment by 2022.

An industry team composed of Leidos, Cerner and Accenture won a potential 10-year, $4.3 billion contract in 2015 to build a commercial EHR system for DoD. 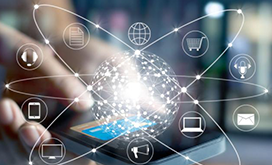 The Joint Artificial Intelligence Center (JAIC) and Defense Innovation Unit (DIU) are collaborating on efforts to use AI algorithms to establish new medical diagnostic techniques and improve the management of health data. DIU and JAIC expect to continue work on the Predictive Health initiative as the Warfighter Health team prepares to transition to JAIC’s Joint Common Foundation (JCF) development platform.