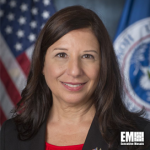 Elaine Duke, deputy secretary of the Department of Homeland Security, has told lawmakers that the lack of a long-term budget limits DHS’ capacity to carry out major programs and lessens manpower needed to address priorities, the Homeland Preparedness News reported Wednesday.

Duke said at a Senate hearing on DHS reauthorization that continuing resolutions lead to administrative burdens because they compel the department to make major spending decisions in the fourth quarter of the fiscal year when funding becomes more stable.

Senators raised concerns on reauthorizing DHS because jurisdiction over the department and its 22 agencies is divided among numerous congressional committees and subcommittees.

In July 2017, the House passed a bill to reauthorize DHS for the first time since it was established in 2002 following the 9/11 attacks.