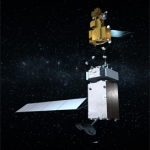 NASA has decided to use a three-dimensional light detection and ranging system for an agency project that seeks to demonstrate an autonomous satellite servicing platform.

Restore-L aims to extend the lifespan of satellites through an in-orbit servicing method.

The Kodiak system was originally developed as the Goddard Reconfigurable Solid-state Scanning Lidar through NASA’s Goddard Internal Research and Development program in 2012.

SSPD technologists tested the imaging component of Kodak with an Earth remote-sensing satellite model and found that the system’s 3D imaging technology could help address Restore-L objectives when used in conjunction with special algorithms.