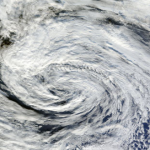 The Government Accountability Office has found that 19 federal agencies had allocated more than $5.6 billion on contracts as of Dec. 31, 2017 to support initiatives in response to three hurricanes last year.

GAO said in a report published Wednesday about 97 percent of those contract obligations in response to hurricanes Irma, Harvey and Maria were from the departments of Homeland Security and Defense.

The report noted that agencies have earmarked over $2 billion for food, shelter and water and approximately $3.6 billion for power restoration and other services.

The congressional watchdog found that 73 percent of the contract obligations were awarded through a competitive acquisition process as of Dec. 31.

The report also showed that 74 percent of the contracts were awarded through a competitive procurement in the first three months following each hurricane’s landfall, up from 53 percent recorded during Hurricane Katrina.

FEMA and the National Oceanic and Atmospheric Administration said the hurricane season last year resulted in approximately $265 billion in damages and affected about 25.8 million.