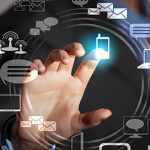 A board comprised of U.S. government technology leaders met on Tuesday to establish principles that will guide the management of a central information technology modernization fund, Nextgov reported Tuesday.

The Technology Modernization Fund Board’s Statement of Principles provides insight on how the board plans to administer the central government IT modernization fund that was formed through the Modernizing Government Technology Act.

The principles include serving the best interest of citizens; following an open, transparent and fair process for project proposal evaluation; developing an “agile” project implementation process; supporting the fund’s health, sustainability and utility; and adhering to board rules and procedures.

Congress authorized a two-year budget of up to $500 million for the fund under the MGT Act, which was signed into law in December 2017 as a provision of the Fiscal Year 2018 National Defense Authorization Act.

Lawmakers have yet to appropriate money toward the fund and the Trump administration’s most recent budget request allocates $210 million for the fund in 2018.