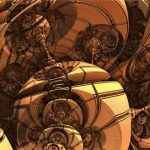 NASA has partnered with its International Space Station associates to draft a set of standards on seven priority areas concerning global interoperability.

The collaboration seeks to improve space technology compatibility without the need for additional design changes.

“Having compatible hardware will allow differing designs to operate with each other,” said William Gerstenmaier, associate administrator at the agency’s Human Exploration and Operations Mission Directorate.

“This could allow for crew rescue missions and support from any spacecraft built to these standards,” he added.

NASA intends to have the draft’s baseline finalized in summer 2018, and have the standardization first applied to the Lunar Orbital Platform-Gateway outpost.