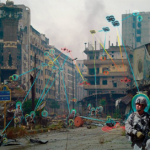 The U.S. Army‘s Rapid Capabilities Office has announced a prize competition to develop tools for soldiers to detect signals on the battlefield and visualize the electromagnetic spectrum.

“This is a competition to find the ‘best of the best’ in artificial intelligence and machine learning that can do blind signal classification,” said Rob Monto, the director of RCO’s emerging technologies office.

Monto added the challenge will allow participants to submit daily scores and view their rank through a status leader board.

Competitors will have access to a training dataset that contains 24 different modulations consisting of more than 4.3 million items.