Terry Benedict: Columbia-Class Submarines on Track for Patrol in 2031 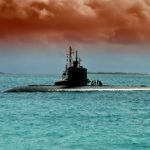 Vice Adm. Terry Benedict, director of the U.S. Navy’s Strategic Systems Programs, has announced that the USS Columbia ballistic missile submarine will be launched in 2028 and deployed for its first patrol in 2031, USNI News reported Monday.

Benedict noted that General Dynamics Electric Boat is preparing to produce the USS Columbia’s hull and assemble its components such as the advanced nuclear power plant from Naval Reactors.

The SSP director added the vessel’s hull and components are leveraging the current line of attack submarines from GDEB and Huntington Ingalls Industries.

The Columbia-class ships will be equipped with 16 nuclear-armed Trident II D5 missiles, which are planned for use past their intended service life.

The USS Columbia is expected to reach the end of its service life in 2084.