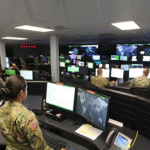 Nakasone, a 2018 Wash100 recipient, now heads Cybercom and serves as director of the National Security Agency.

Maj. Gen. Robert Skinner, deputy commander of the Air Force Space Command, will assume command of the 24th Air Force/Air Forces Cyber in the summer of 2018, the report added.