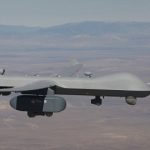 “The AgilePod program began with a desire to bring agile manufacturing practices to the intelligence, surveillance and reconnaissance enterprise, culminating in a wholly government-owned, open architecture ISR capability that was both payload and platform agnostic,” said Andrew Soine, a program manager at AFRL’s Materials and Manufacturing Directorate.