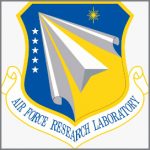 The 13th annual Wright Dialogue With Industry, hosted by the Air Force Research Laboratory, saw more than 600 registrants, making it the largest WDI ever.

Cooley also discussed the launching of the Air Force Science and Technology 2030 website, where visitors can submit ideas for innovative technology to be evaluated by a panel of national experts and AFRL researchers.

Ideas that stood out will be included in a report to the Air Force secretary due in September.