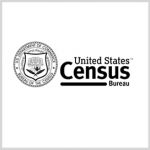 The U.S. Census Bureau has offered information about its cybersecurity posture ahead of the 2020 United States Census–the first time the decennial effort will be undertaken electronically.

The cybersecurity program that will be used during the collection, processing and storage of census information is “robust” while the data encryption protocols that will be implemented conform to federal IT security standards and industry best practices, the bureau said Wednesday.

The press release was a response to a July 16 letter signed by several former government officials who sought clarification about the bureau’s cybersecurity preparations.

The letter’s signatories said that “the American people deserve to understand the technical protocols and systems being utilized… to ensure that the electronic collection and storage of information about millions of Americans will be handled as securely as possible.”

The bureau assured the letter’s senders, as well as the public, that it has “strong and resilient security measures protecting every respondent’s information.”